“Move over First Order, the Borg will show you how to handle resistance.” 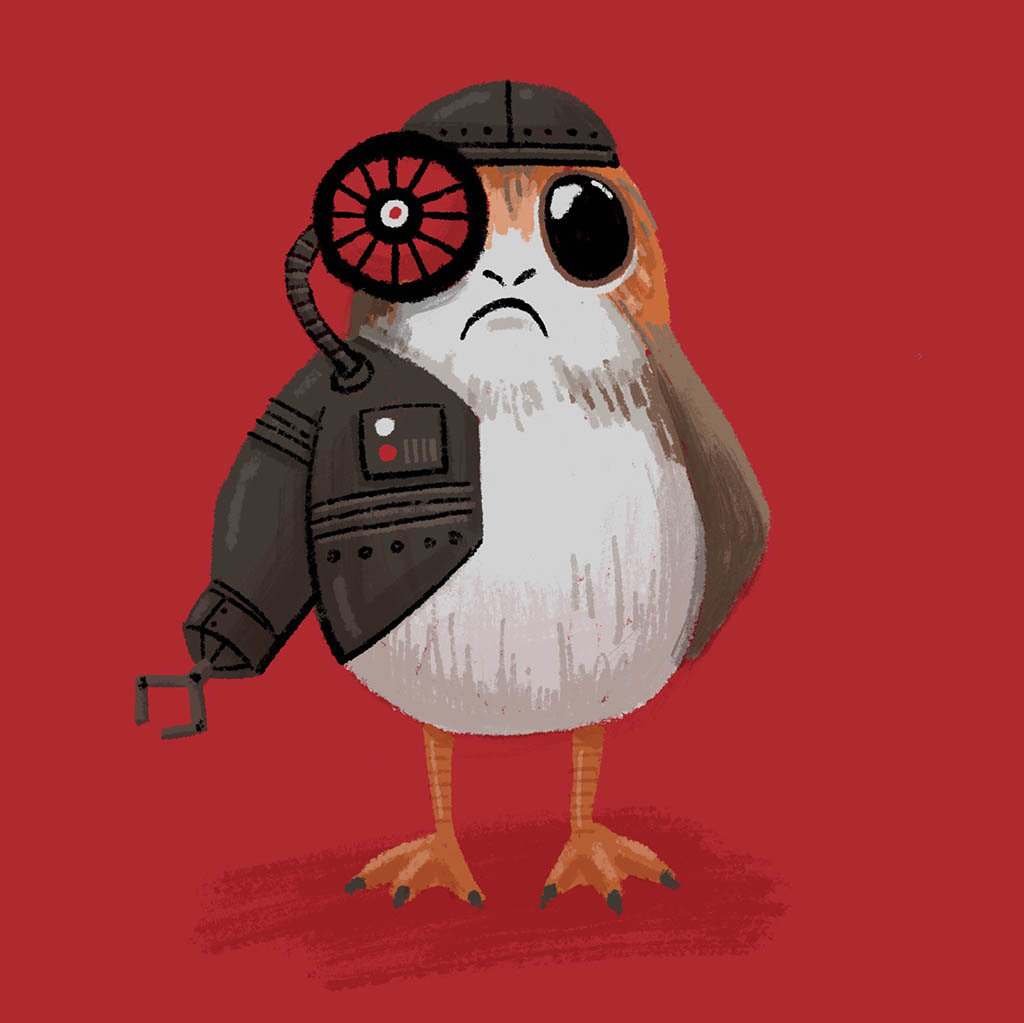 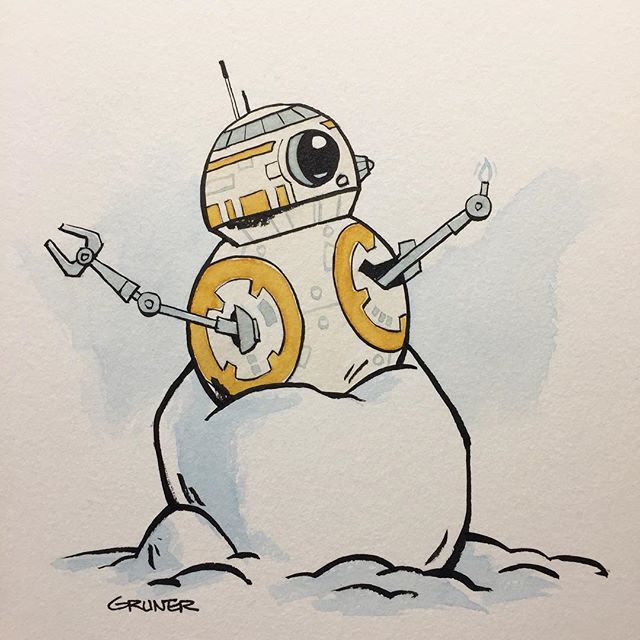 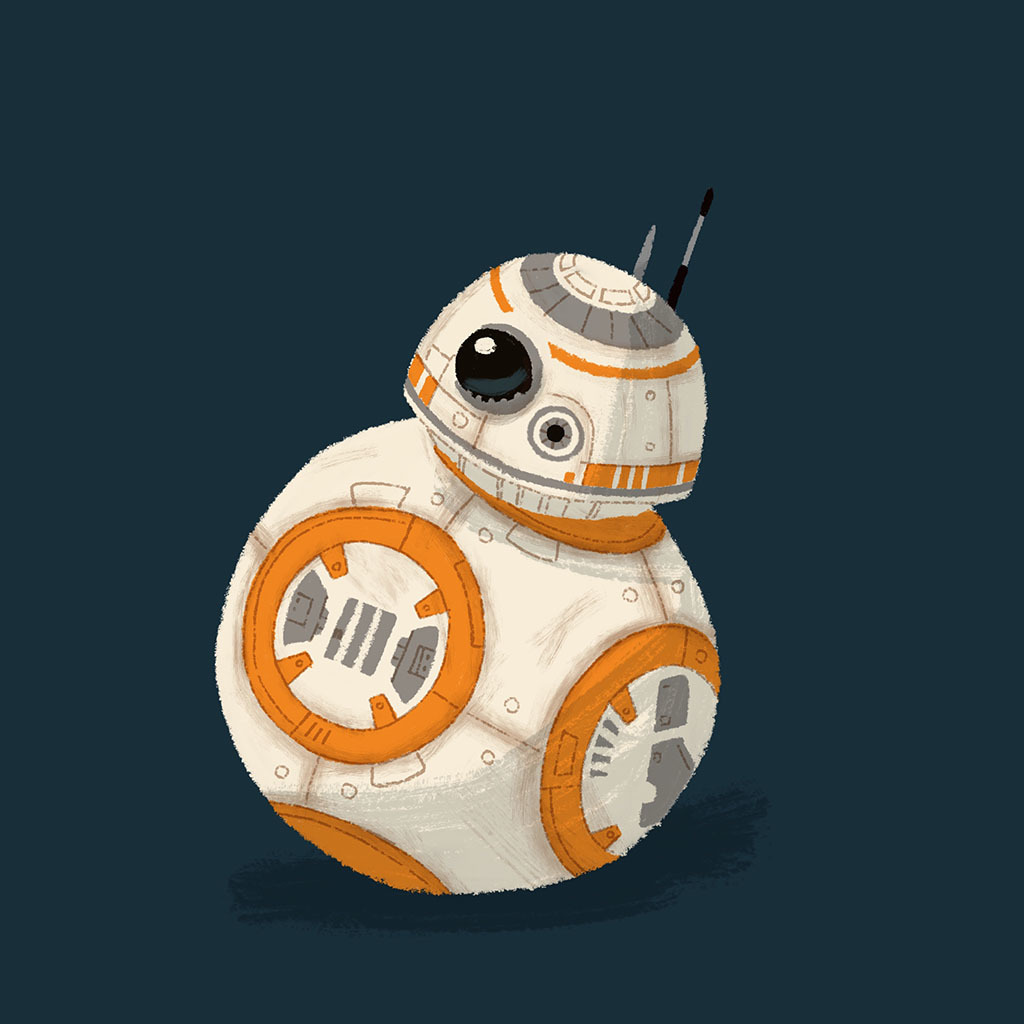 The Resistance leaders are in the war room planning their next move. “Are we walking into a trap?,” asks Leia. Everyone in the room turns to look at Admiral Akbar. He shrugs.

Out of nowhere, a bounty hunter steps out of a corridor, blocking the group's passage. Without hesitating Han Solo whips out his blaster and takes him out. Everyone is shocked. “What, do you think I don't shoot first,” he says, winking at the camera.

Han Solo carries a toddler (his long lost grandson) out of a family restaurant. He tips the waiter, “Sorry for the mess.”

One of the most difficult things about doing any kind of art is the constant self-criticism. You're attempting to create art, not just because you find joy in the process, but because you enjoy a particular form of art and want to participate in it. But because it's something in which you've already cultivated some level of taste, it's frustrating that your own attempts don't meet this level. It's a learning curve that a lot of people, especially with something like mastering a musical instrument, never get past and they end up giving up.

And so even if you find yourself progressing in your craft, it's hard to look at old work (up to and including last week) because you only see its flaws. It's tempting to want to go back and just clean up that one little detail. That's one of the drawbacks I find with digital artwork. Unless you do something dramatic like trash the working files, there's no way to close a work off from future tinkering.

But it's important to resist the desire to tinker with past work. For one thing, you can use it to gauge your progression, and so each work can exist as a kind of stepping stone. And if you go back and modify these, you're robbing yourself of a valuable snapshot in time. It'd be like editing your childhood photos so that they look more like you do today. It's also symptomatic of a misaligned mindset, focussed on the past. Unchecked, it can lead to a death spiral of continual editing because it will never be good enough, and there will always be some nagging little detail that you could have done better.

This form of obsession is not limited to the domain of artists. The world of computer programming is littered with examples of successful developers who created a very popular initial version of something only to scrap it and start from scratch building an improved version two. But the new version is never completed because the developer becomes so bogged down with a quest for perfection.

At this point I'm obliged to mention George Lucas, the epitome of tinkering with past work. Contrast that to his friend Steven Spielberg, who's had a much more successful and prolific career, always moving forward with new projects. Several years ago Spielberg flirted with the Dark Side when he made the Special Edition of ET, which featured a computer animated version of ET as well as editing certain details to make them more PC. Fortunately he has admitted that this was a mistake and vowed to never modify his films again:

I’ve resigned myself to accepting that what the film was at the time of its creation is what it always should be for future generations. I’m no longer a digital revisionist.

As with life, there are no do-overs. You can only try and learn from you're your mistakes and apply that knowledge toward the future.